This is a guest piece authored by Stefano Gualeni. Stefano Gualeni (Ph.D.) is a philosopher who designs digital games and a game designer who is passionate about philosophy. He is an Associate Professor at the Institute of Digital Games (University of Malta), and a Visiting Professor at the Laguna College of Art and Design (LCAD) in Laguna Beach, California. Among his most relevant publications are the monographs Virtual Worlds as Philosophical Tools (Palgrave, 2015), and Virtual Existentialism: Meaning and Subjectivity in Virtual Worlds (Palgrave Pivot, 2020 – with Daniel Vella).

The original text was first published as a critical note in the booklet for the album Ghosts Goblins Ghouls by 19m40s (the anti-classical series.) The record is a tribute to the iconic Arcade Music of the video game Ghosts’n Goblins (Capcom, 1985) by Ayako Mori and Tim Follin.

I personally don’t find visiting retail stores, waiting in elevators, or using airport restrooms to be particularly interesting activities. I guess it’s safe to say that those are not experiences that I am likely to reminisce about on my proverbial deathbed. The almost complete meaninglessness of the time spent waiting outside bathroom stalls or to be delivered at one’s desired floor—their existential insufficiency, some would say—is well understood by architects and interior designers, who make purposeful efforts to ensure that these functional, transitional spaces feel pleasant.

Elevator music, just like the Muzak endlessly looping on cheap mall speakers, guarantees that one never experiences silence and makes it more difficult to focus on the experiential poverty of the minutes spent in this space. The raison d’etre of this music is to impede, or at least delay, the onset of the realization that one does not want to be there, let alone stay there. It is comforting, repetitive music that is itself transitional: it achieves its intended soothing, distracting effects only when one quickly moves along as one should, without paying particular attention to it. When exposed to Muzak for too long, however, its banal, and happy tunes quickly lose their already limited capabilities to hide the discomfort that they were designed to mask. With time, the Muzak itself becomes part of the ailment that it was intended to alleviate: its incessant repetition first becomes predictable, then irritating, and finally exasperating. Instead of distracted and entertained, one soon feels patronized by its insistence that everything is peachy and that this is fun.

I have a confession to make: one of the first things I do when I start a new digital game is turn the music off. It is not that I resent the use of a piece of music to accompany a particularly salient moment of danger or discovery during gameplay. Think, for example, of the discrete and subtle ways in which music is used in Legend of Zelda: Breath of the Wild (Nintendo EPD 2017). And, to be sure, neither do I consider it to be distasteful when, in open reference to the “language” of cinema, the non-interactive sequences of digital games are underscored by music for added emotional effect. What I want to protect myself from by turning the music off in a digital game is the virtual world1In the philosophical tradition of phenomenology, the term ‘world’ generally indicates two interrelated things. First, a ‘world’ is a set composed of beings that are understood together with all their properties and mutual relationships. More specifically, a ‘world’ describes that set as experienced by one of the beings involved in it. To be identified as a world, those properties and mutual relationships need to be experienced in ways that are to a degree persistently perceivable and behaviorally consistent for the being in question (see Gualeni & Vella, 2020, p. xxvii). Relatedly, in its second meaning, a ‘world’ indicates the horizon (or ground) against which every object is experienced, understood, and interacted with (ibid.) equivalent of elevator music. I don’t want to be exposed to a deliberate distraction (and an infantilizing one at that). Even as a child, I felt annoyed and manipulated by non-diegetic musical scores in games (i.e., music that is not part of the narrative of the gameworld—the player character is not followed around by a marching band). I felt that I did not need to be told to feel cheery in Mushroom Kingdom or to feel a sense of eeriness in the cemetery of Demon World Village. Heck, if I could have, I would have turned the music off in Ghosts ‘n Goblins (Capcom 1985), too!

This kind of “transitional music” reveals that the gameworld in which it plays is designed as a transitional space. The space in question is not meant to be explored in detail, inhabited, or returned to. Instead, it is a mere container for a ludic challenge; it is instrumental to gameplay to the point that it quickly feels consumed and pointless once its mysteries are solved and its difficulties overcome (see Möring 2018; Vella 2020). The presence of a timer, especially in arcade games and casual games, is another indicator that the game in question was probably designed to offer experiences more comparable to taking an elevator (or riding a carnival ride) than to visiting a playground or a garden. I do not mean to say here that I find arcade games annoying or badly designed: their repetition, clumsiness, and experiential poverty were largely caused by stark technological constraints and by the necessity of producing a new form of entertainment from the ground up, without an expressive tradition to build upon (if we exclude the heritage of pinball design, as explained by Chris DeLeon [2012]).

Today, four decades after the arcade era, transitional game music has still a part to play in the games industry. Digital games belonging (more or less fittingly) to the sector of casual gaming offer soothing, repetitive tasks that are deliberately designed not to use our full attention bandwidth. It is no coincidence, I think, that such games are designed in short, interruptible bursts that make them perfect for playing while commuting, riding the elevator, using the bathroom, or waiting for the bus.

If you are like me, in addition to shutting the game music off, you also harbor the hope that the game you are engaging with was designed to be experientially rich and stimulating, like a garden or a playground (however small), rather than dull, like an elevator or a bathroom stall (however big). I want my experience in virtual worlds to be existentially meaningful—not something mind-numbing I do while waiting for my turn, my floor, or my bus.

The question of the existential significance of virtual interactions is a tough one, however. Think about it: as much as we desire gameworlds to be vast and vibrant, they are always finite artefacts. They are made by someone with limited resources, and there is only so much to do with and within them. Gameworlds will eventually be completely traversed, defeated, and consumed into meaninglessness. It may perhaps help the reader to relate this process to what Möring calls “ludic boredom” or to what I have termed “virtual world-weariness” (Gualeni 2019). Although there is no way to prevent gameworlds from becoming banal and insignificant, music, among other aspects of game design, can slow that process down. This can be achieved in a variety of ways such as by making the music subtle and not overly present, by offering a wide variety of musical scores throughout the gameplay experience, and by giving players the possibility to be actively musical within gameworlds (see Oliva 2020). Obvious examples of the last strategy can be recognized in allowing the player to play the ocarina in Legend of Zelda: Ocarina of Time (Nintendo EAD 1998) or the guitar in The Last of Us: Part II (Naughty Dog 2020).

As a final note, a more personal significance can emerge when in-game music is used to tap into memories of our youth and, perhaps, of our friends and siblings—memories of when we spent countless afternoons in virtual worlds training Pokémons, racing one another on rainbow roads, or embarking on an adventure to defeat the Great Demon King.

Editors note: For those interested in philosophical takes on virtual worlds, Stefano Gualeni’s book “Virtual Worlds as Philosophical Tools: How to Philosophize with a Digital Hammer” (2015) as well his co-authored book with Daniel Vella “Virtual Existentialism: Meaning and Subjectivity in Virtual Worlds” (2020) are heartily recommended to enthusiastic Matrise readers who want to gain a more in-depth insight into the potential of virtual worlds to alter how we perceive and relate to the real world.

Thank you for reading Matrise! Matrise is free and without ads, but you can support us by visiting our shop to buy unique VR Philosophy merch, in designs such as the one below!

Gualeni, Stefano. (2019). “Virtual World-Weariness: On Delaying the Experiential Erosion of Digital Environments”. In Gerber, A. & Goetz, U. (eds.). The Architectonics of Game Spaces: The Spatial Logic of the Virtual and Its Meaning for the Real, 153-165. Bielefeld, Germany: Transcript.

Möring, Sebastian. (2018). “On the Relation of Boredom and Care in Computer Game Play from an Existential Ludological Perspective”. Paper presented at the Ludic Boredom Workshop, June 1st, 2018 at the Brandenburg Center for Media Studies, Potsdam, Germany.

https://www.matrise.no/2021/04/on-the-existential-insignificance-of-in-game-music/
Liked it? Take a second to support Matrise on Patreon!

Who Will Own The Metaverse? 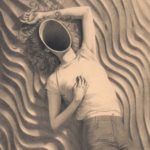