Søren Kierkegaard, the father of Existentialism, famously described anxiety, or angst, as the dizziness of freedom. Hardly a cheerful fellow—though his brilliant, satirical wit often forces one to smile—Kierkegaard clearly was no stranger to this “dizziness” he so often spoke of:

I see it all perfectly; there are two possible situations—one can either do this or that. My honest opinion and my friendly advice is this: do it or do not do it. You will regret both.

Oh dear. Despite the gloom, however, these small drops of the Danish philosopher serve to illustrate his role as a great inspiration for the existential movement within Philosophy. Existentialism is existential in the sense that it is not concerned with the thinking cogito as the starting point of human reasoning. Rather, existential philosophy could be said to be more wholesome in that it is concerned with its taking seriously the human condition of alienation—our tendency towards existential dread. The critique that existentialism holds against traditional philosophy is that it has been too locked up in cognitive schemes, thoughts and abstractions, and in so doing distanced itself from the lived experience of being human, with all that this entails, not adhering to the givens of existence.

Just to be clear, however, existentialism is not the same thing as advocating a kind of nihilism or a philosophical pessimism, as warned by the existentialist Friedrich Nietzche and held by Arthur Schopenhauer and Peter Wessel Zapffe, the latter holding that to bear children into this world is like bringing wood to a burning fire. No, in addition to the gloomy writings of Kierkegaard expressing the problem to be dealt with, he is also concerned with a solution, however hopeless. Though holding that life does not come with a manual, existentialists are nevertheless concerned with authenticity, or meaning—just understood and found in a different way. Even Albert Camus, whose famous essay on The Myth of Sisyphus, in which Sisyphus is condemned to roll a stone up a mountain only to watch it roll down again ad infinitum holds that, though this is absurd in the literal sense, we must imagine Sisyphus happy.

This always reminds me of a Zen story;

When Mu-chou was asked, “We dress and eat every day, and how do we escape from having to put on clothes and eat food?” Mu-chou answered, “We dress; we eat.”

So. The giveaway point of this brief introduction is that existentialism starts from existence. It it is not concerned with any philosophical beliefs or notions prior to this point, in other words, humans and their essential role are not pre-given. As Jean-Paul Sartre put it, which further has been descriptive of the existential movement as a whole: existence precedes essence; we exist before we define ourselves, and moreover, this decision is one that necessarily must be taken alone, without hiding behind any authority in order to outsource our freedom.

It is exactly this—how we define our selves—which will be the topic of this entry: how technologies, and especially the technology of VR, may play a part in the shaping of our identity. We will discuss the relation between Existentialism and VR in howVR may pose an existential problem to us as individuals and together as a society,

The Existential Problem of Virtual Reality

So what may Existentialism say about VR? The existentialists highlight the freedom of the individual subject in altering, or at any rate defining, his or her interpretation of reality, or even ‘rendering’ or ‘creation’ of it. But how may it be that VR can be connected to this? To make our point, we will look to the phenomenological technology criticism movement that followed Heidegger’s exposition of technology.

In his book series Technics and Time, Bernhard Stiegler argues that technology show us who we are. Stiegler discusses technologies as a way of human externalisation in which we are realising our selves outside of ourselves. Moreover, for Stiegler, this also works the other way around: having externalised our self through technology, we also internalise it yet again, adopting it as parts of our identity. Effectively, therefore, VR can be said to be an expression of our selves in fundamental terms—and this expression we later use as imagery for our selves.

Now, what does this mean to us? The point which we wish to argue here, is that in being presented with a medium that is, conceptually at any rate, infinite in terms of what it can do, and further who we can become within it, we are faced with an existential problem.

The existential problem that we are faced with, and will be faced with ever more so when the technologies get more sophisticated, can be framed as follows: Now that we can do anything; what will we do? If we consider the point of Stiegler, that technology show us who we are, when we now have the technology to create anything in terms of our experience, VR is essentially asking us who we are, or at any rate, who we want to become. We are being given the question of who we want to become through what we want to do, by the technology allowing this freedom.

In this piece, we discussed VR and Existentialism, in how VR asks us an existential question. Naturally, to answer this question is as a thought experiment an individual concern. But in terms of our shared reality, it will be a collective future in how it is conducted and externalised. Jaron Lanier in his book The Dawn of the New Everythin,  similarly to Stiegler wrote how VR more than any other technology, will show us who we are. The technology of VR is asking us to choose, not in an either/or situation—not a question of yes and no—but asking us to define everything by will.

The question for us is who we want to be and further what worlds we would like to dwell in; an even more radical freedom than our current situation of free choice given the circumstances. With future technology perhaps, or today through enacting it as a thought experiment, entertaining the notion may be an interesting way to ponder on who we are through what we want to do.

For the interested reader, Matrise has written entries that are similar in theme to this entry, that of VR and Existentialism. For instance:

In The Virtual Freud, we discussed how VR can induce what we can call out of body experiences; by allowing us a view of ourselves from outside, we may allow us to be more compassionate towards our selves. This may be regarded as a partial answer to the thought experiment that this entry has discussed: what would we like to do presented the opportunity?

Similarly, In Virtual Embodiment we discussed how powerful illusions can be facilitated so that users can identify completely with virtual avatars. It can help us overcome prejudices, reduce racism and violence.

In Hinduism and Virtual Reality we paralleled the broad metaphysics of the East with the potentiality of VR tech. The religious-philosophical system similarly concerns the dilemma of omnipotence: what would you do if you were God?

https://www.matrise.no/2020/01/the-existential-problem-of-vr-existentialism/
Liked it? Take a second to support Matrise on Patreon!

1 thought on “The Existential Problem of VR”

Virtual Reality as a Catalyst for Thought 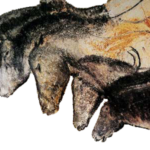 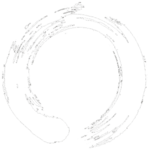