Since Rene Descartes published his Meditations in 1647, the West has been interested in what is real or authentic, and whether any knowledge of this is at all possible. In his text, Descartes outlines the idea of a potential “Evil Deceiver”; a demon that could alter his impressions of the external world. He writes that he can not know whether what he sees and perceives is real, or if it is a demon that is fooling him.  Although Descartes later in his Meditations provides arguments for why this can not be the case, based on his provided “evidence of God”, this argument of his does not bring solace to most, and as such the scepticism he postulated have outlived him, and is just as relevant a theme today.

When this is discussed philosophically today, the imagery of an Evil Deceiver comes a bit short. Rather, it is discussed in more technological or “physical” terms – instead the demon, we think of the potential scenario of our brains encapsulated in a vat. We know (although it always feels unnatural to use the word “know” when discussing the grounds of epistemic reasoning),  that our perception of reality is sensory impressions interpreted by the brain. We can then imagine the “Brain-In-A-Vat” as the philosopher Gilbert Harman describes it; a brain disconnected from its body, yet being fed electrical pulses that simulate sensory impressions.

This has been the theme of several popular films, such as The Matrix series, in which AI has imprisoned humanity in a Virtual Reality. The first film brilliantly exemplifies our philosophical points, as it depicts both an Evil Deceiver in the form of the AI, and the imprisonment of human brains in a vat. Conceptually, Harman’s reformulation does not bring anything new to this thought experiment, except a sort of updated imagery as a vessel on which to explain it. Of that reason, however, it is more relevant to our associations, as the “Brain-In-A-Vat” idea reminds us of the Immersive Virtual Reality technology that we see emerge today.

And this is the direction that we are heading in this entry – towards VR rather than epistemology.  Instead of discussing whether knowledge about the external world can be had, we will investigate this theme further through a philosopher that take a different approach to the concept of artificial stimuli: he is not speaking of the impending doom of AI demonic domination, but rather uses these concepts in thought experiments, as a means to reason on what matters to us. What matters to us is deeply related to what we do, and what we do is deeply related to who we are. As such, these questions can be illuminating in exploring who we are, or  want to be, as human beings.

In 1974, Robert Nozick introduced the term “Experience Machine”, or “Pleasure Machine”, as a thought experiment. The experiment is a brilliant way to put the idea of Hedonism in individuals on trial. Now, hedonism is the view that happiness or pleasure is, the only thing that is in its essence good. Other things can be “instrumentally good”, as they may leadto happiness or pleasure, but they are only given their value then, by being the means to the end. The thought experiment is this: if you had a machine that could give you any experience that you ever wanted, including pleasure for the rest of your life, would you use it? Would you plug in?

We are here awfully close to the idea of the Brain-In-A-Vat, but yet the perspective is shifting: in this case we would not be trapped in a false reality against our will, but according to it. The value of the thought experiment is clear – in answering to it, we answer to whether we value truth as an “attribute” of sensory impressions in and out of itself; if authenticity and reality or whatever we want to call it has a value in itself, and is to be preferred despite its potential, say, gruesomeness. If one accepts Hedonism, the whole world is enframed as being a means to the end of pleasure, and as such, if such a Pleasure Machine presented itself, we could abandon the means in favor of the ends, going straight for the juice. Nozick’s idea is that if one does not want to plug into the machine, one effectively ‘proves’ that pleasure is not all Man wants or needs, and Hedonism can as such be refuted.

Some, however, feel that this formulation of the thought experiment is not sharp enough in its ability to try out the idea of Hedonism. The critique is that concern for authenticity or “realness” is not the only possible motive one may have to decline: many would prefer to not plug into the machine, not necessarily because they really care for truth, but because they are creatures of habit, and simply prefers the world they have accustomed themselves to. There is in other words other motivations for negating the question than the preference for truth. A better formulation that avoids this pitfall, is this: if you were told that your life up to now had been such an illusion, a pleasure machine, would you then like to wake up?

These thoughts can be traced back to long before the rise of the particular Western philosophy as followed Descartes. According to Hindu cosmology, each of us lives in maya (illusion) as to what is the core reality of Self, or Atman. Life can be seen as a play, and Brahman is the actor that plays all the parts, totally immersed and engaged in them so it forgets its real self, and instead is amusing itself in its ignorance (for instance by passing time reading blogs online). Reality then, is a game of hide and seek, where you are both the hider and the seeker, playing for eternity. Similarly to the Experience Machine, the subject is ignorant to the true nature of reality, by choice.

Why, then, would God hide from himself? The idea is simple: being God gets boring after a while. Imagine that you are God, and could have any experience you ever wanted. You would perhaps start by throwing some crazy parties, creating some planets, etc., for a few million years. Eventually, you have kind of “been there, done that”. The curse of being all-knowing and omnipotent is, of course, despite the supreme bliss, that it’s hard to get a true kick out of it anymore. You lack the element of surprise. Surprise, as reaction, needs duality, but you are One. The idea strikes you: what if we were not One? You decide to go for it: split into multiples, and so each can surprise the other. Atman, becomes Brahman, the player of all the parts in the play of life. At times it gets terrifyingly real, after all you have to die to wake up.  But this is what you came for, because no surprise is greater than to wake up, and to realize that you were Atman, the Permanent, all along.

The relation between Self and Other, the Internal and the External, Inner and Outer, has always fascinated us. This dualism comes with problems, and we are skeptic to whether the seemingly similar values on both sides of the Self – Other equation, can be cancelled out and forgotten. These problems enter a new fascinating light when we encounter new technology that has the capability of actualizing them. All sorts of experience machines are being created today, although we still are quite far from escapism into VR as a societal issue.

https://www.matrise.no/2018/06/the-experience-machine-virtual-reality/
Liked it? Take a second to support Matrise on Patreon! 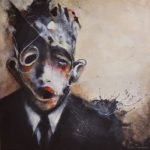